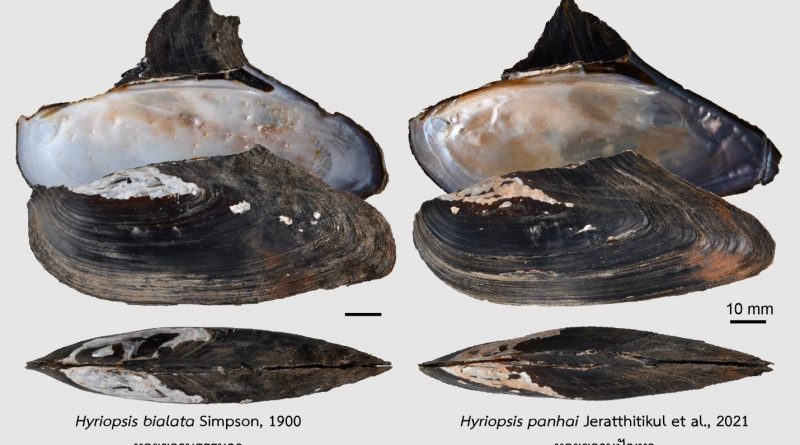 A freshwater mussel in the genus Hyriopsis Conrad, 1853 is discovered from the Chao Phraya Basin in central Thailand as Hyriopsis panhai. This species was once included in Hyriopsis bialata Simpson, 1900, but morphological investigations and multi-locus phylogeny based on concatenated data of COI, 16S, and 28S genes retrieved it as a distinct species, being separated from H. bialata 8.30% by uncorrected COI p-distance. Hyriopsis panhai is conchologically similar to its sister H. bialata sensu stricto, but can be distinguished by being more laterally compressed in anterior portion; a more elongated and rounded posterior margin; and anterior adductor muscle scars that are distinctly separated from pedal retractor muscle scars.