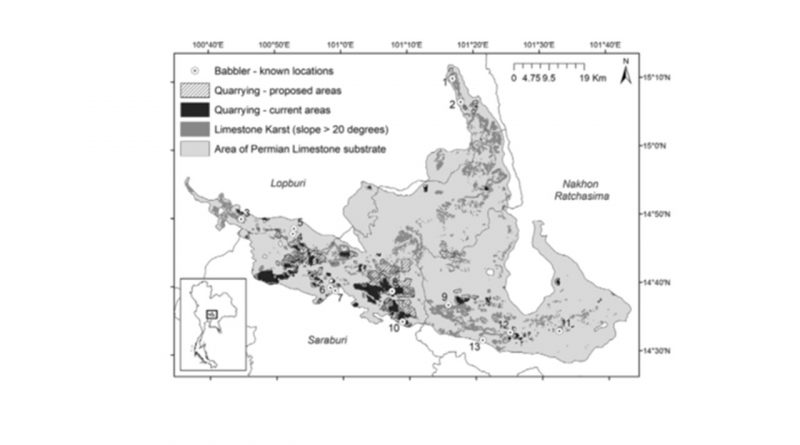 cement. A significant area of limestone karst shared among the provinces of Saraburi, Lopburi and

for this species had already been lost to quarrying by 2020, and the extension of already proposed

concessions could increase this to one-quarter, with the total area impacted by proposed future

quarrying as great as 273 sq. km, or one and a half times greater than the entire area thought to

formal habitat protection as national park. We propose further surveys of the babbler be incorporated

as part of a wider biotic survey of the Saraburi Group Limestones, leading to the development

other threatened endemic taxa of this region. Figure 1. The study area, showing the distribution of limestone karst, existing and proposed